Dwight Diller recorded his most recent cd, Old-Time From Pocahontas County, at Cross Keys Studio with his friend Terry Richardson providing extremely tasteful guitar accompaniment.  Dwight played a number of his favorite tunes and talked a bit about each one.  Much of the intersong dialogue is captured in the accompanying dvd.  The dvd was recorded in high-definition by John Woody if IEdit HD and Ryan Berry of Ryan Berry Productions.  Their video work has been featured in various international forums and they did a fabulous job of capturing the musical interplay between Dwight & Terry. 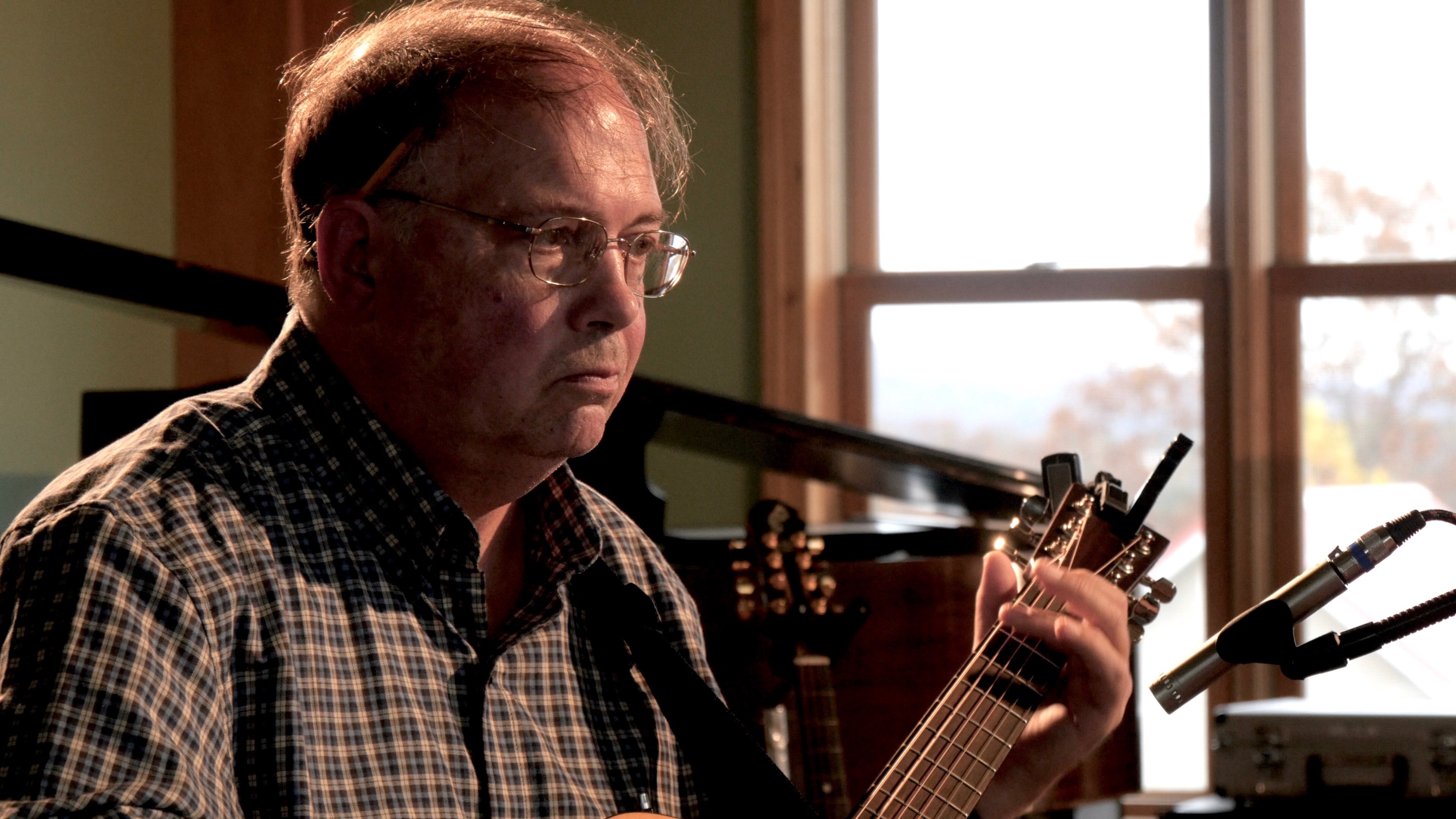 How the Story began:

I am a life-long musician and have played banjo for the past 40 years. I have come to know Dwight Diller personally during that time in his multiple roles of teacher, performer and human being.  I will try to detail some of my interactions with Dwight and to explain the person I have come to understand as a dedicated performer, teacher, and recently friend.

Dwight Diller first came to my attention when I became interested in old-time music in the late 1970s. He was well known as a banjo player and teacher and in my early years of playing I bought two of his cassettes to better understand his playing style and to learn new tunes. His playing style had a hard-driving, highly-rhythmic quality not duplicated by many players.

I first met Dwight in the late 1980s when I attended a day-long banjo workshop that he presented at a state park in West Virginia. He taught a room full of students by himself with a 3-hour morning and a 3-hour afternoon session. Dwight’s teaching style is clearly focused on right-hand technique and its ability to provide strong rhythmic drive to his student’s playing. During our six hours of instruction my left hand was either idle or clamped at the 12th fret of my banjo so that my right hand rhythm would be clearly audible to Dwight and the rest of the students. He led us through a series of exercises that demonstrated a variety of rhythmic patterns possible using the clawhammer stroke. I found the whole exercise boring (I have a short attention span) but to my surprise by the end of the day my two-handed playing was much stronger and my sense of timing more predictable. Dwight has surprised many students over the years with their ability to make significant progress quickly with focused practice exercises.

During the early months of 2015 I was approached by Lew Stern on behalf of Dwight. Dwight was interested in recording some of his recent favorite West Virginia tunes with his good friend, and guitar player, Terry Richardson. Before engaging in this venture, Dwight and I agreed that we needed to know each other better. I visited him in Pocahontas County on two occasions where we talked, he showed me around the county and we played music together. He showed me his favorite places to play music and we toured the gravesites of his friends and musical favorites, the Hammons family.

I learned much about his early life, challenges growing up poor in West Virginia, his discovery of music and his strong interest in the ministry. He also talked openly about his life-long battle with mental illness which presented itself as bipolar disorder. All of these issues are thoroughly mixed up in Dwight today and yet he still manages to make beautiful music and continue to teach people to play their instrument better. He brings his passion for West Virginia and Pocahontas County to every venue that he plays at.

Dwight agreed to come to my recording studio in November, 2015. He had one stipulation – there must be people there for him to play for – he did not want to play to an empty room. To meet that request we invited a small number of local musicians, most of whom knew Dwight in some way. We also arranged to have the entire session videotaped. The audio/video files now available here on the website were developed from this recording/taping session. Through a successful Kickstater fundraising campaign, all of the recording, mixing, editing and manufacturing costs to produce both a cd and a dvd of the recording session, were covered.

Dwight Diller exemplifies old-time music in many ways. He is far more interested in the music and the community than in worldly gains. He has given freely of his time and music throughout his life as teacher, minister and musician. He is highly regarded as a banjo and fiddle player and has garnered awards and other recognition throughout much of his career. With all that, he lives simply in rural West Virginia and continues to teach and perform for any and all who are willing to listen. 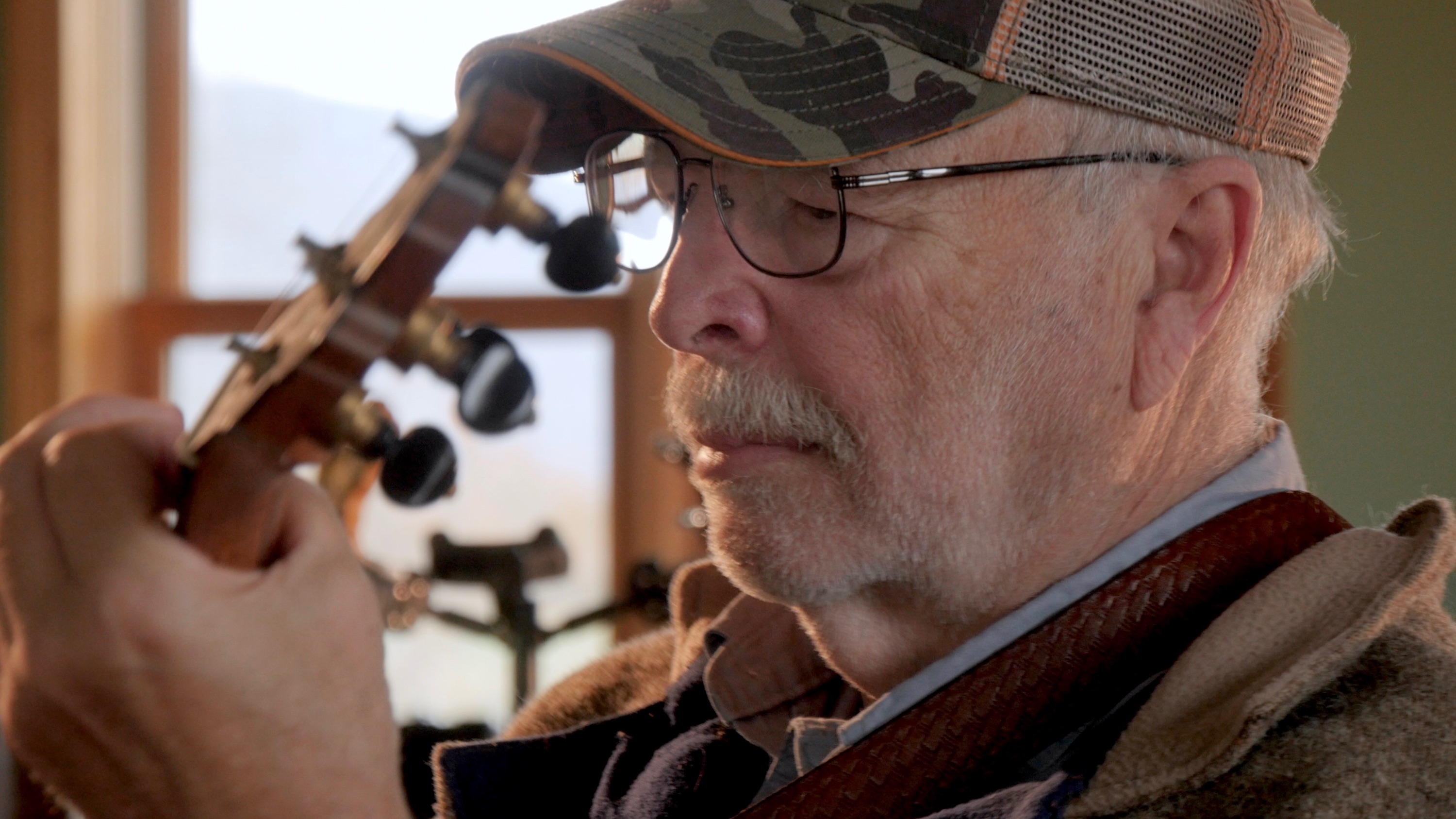