The Highlander String Band is a collection of Rockingham County musicians playing traditional Appalachian Mountain music.  We play the Top Ten Tunes of the 50’s and 60’s – 1850 that is.  We play all types of music from instrumental dance tunes, such as jigs, reels, hornpipes and waltzes, to the slow, mournful and powerful tunes depicting the sorrow and tragedy of frontier mountain life.

We also include lots of songs that provide a vivid portrayal of the history of the early settlers throughout the Appalachian Mountains.   Members of the band have been collecting tunes for most of their lives and truly enjoy sharing their love of the music with you. 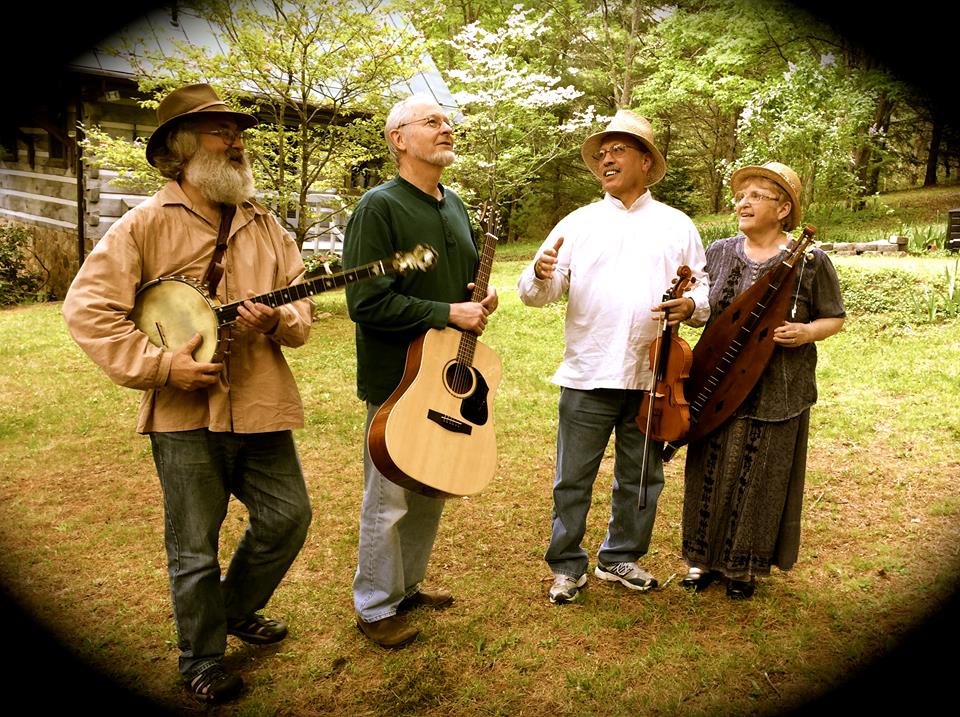 Detailed Band Bios or – more than you ever want to know!!!
Phyllis and Jim Gaskins have been playing traditional music for over 35 years as a duo and in several bands.  In addition to performances at local folk music/craft venues, dances, and weddings, they have performed in concerts in North Carolina, Illinois, New York, Ireland, and Canada. They are featured performers on the concert CD Dulcimer Celebrations. 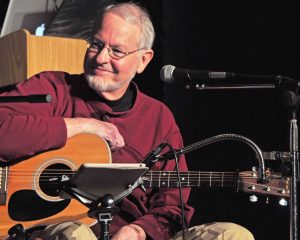 Brent is a professional folk singer, former member of the band Shen Fine, and now plays guitar and sings with the Highlander String Band. He and fellow band member, Phyllis Gaskins, collaborated on Phyllis’s wonderful dulcimer book, Galax Dulcimer – A Job of Journey Work, in 2012.  In the process, Phyllis discovered Brent’s interest in old time music and invited him to play with the Highlanders.
Brent also owns Beatin’ Path Publications LLC and Shen Fine Music, a publishing house dedicated to the development of high quality music resources for classroom music teachers in the design of Orff Schulwerk.  Shen Fine Music offers music to support Beatin’ Path Publications as well as recordings of fine folk music from the contemporary Irish band, Shen Fine; Phyllis Gaskins on Galax dulcimer; and the Highlander String Band.
Brent’s solo efforts include Hymns and Song of the Brethren, Hymns for a Baby Boy, and Hymns for the Young in Spirit. 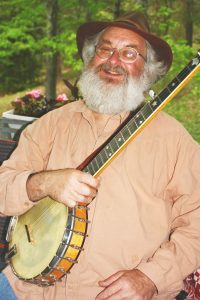 Gene walked into a dance hall in Seattle over 35 years ago and was bitten by the “old-time” bug.  Ever since that night he has been chasing tunes and jams across the United States.  For the past 20+ years he has been playing clawhammer banjo in various bands in the Shenandoah Valley.  He was a member of the Port Road String Band, which included Jim and Phyllis, where he began adding mandolin tunes to his playlist.  Gene also holds down the sound duties for the band – we prefer to play sans electricity, but some venues require that added punch from amplification.  He provides both live sound reinforcement and studio recording capabilities when needed. See details on his sound equipment on the BeaRcade Music Production page.  Gene co-produced, recorded, mixed and mastered Phyllis’ latest CD – Old Virginia and the band’s recent cd release – Merriweather. Copies of the cds can be obtained directly from our Store.