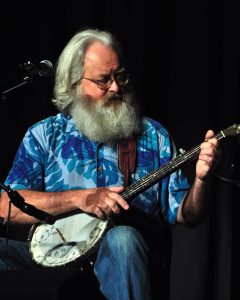 Gene with his trusty banjo

BeARcade Music Productions, LLC (BMP) is a full-service studio and live sound company located in the scenic Shenandoah Valley outside the village of Port Republic. The principal owner, manager and engineer is Gene Bowlen who has been a musician for most of his life and a sound engineer for the past twenty-five years. BMP originated as a sole proprietorship supporting Gene’s musical endeavors with the Port Road String Band and the Highlander String Band. BMP was formally organized in 2008 as an LLC organization and has recently constructed a world class studio facility in Port Republic.

BMP provides live sound reinforcement for small to medium size venues whether indoors or out. We also provide a high quality music studio environment for recording your music, voice overs or audio/video tracking. Our studio facility is located in the pristine countryside of the Shenandoah Valley offering a natural and relaxed atmosphere to allow performers to produce their best work. The facility is comprised of a large live room, drum room/lounge, vocal/isolation booths and an acoustically accurate control room for mixing and mastering.

Gene’s connection to music started early as he began playing the trombone when he was barely 10 years old. The stretch for 6th and 7th positions was really difficult when he started. He played brass in marching bands, orchestras and big band configurations into his mid 20s. His music world changed when Gene walked into a dance hall in Seattle over 30 years ago and was bitten by the “old-time” bug.

Ever since that night he has been chasing tunes and jams across the United States. For the past 17 years he has been playing clawhammer banjo in various bands in the Shenandoah Valley. He became part of the Port Road String Band (PRSB) after camping next to Phyllis and Jim Gaskins, Pat Wilkin and Mike Harrison at Mt Airy. Shortly after joining PRSB Gene began adding mandolin tunes, especially waltzes, to his playlist. Gene played with Phyllis and Jim, andwith Suzanne and Al Kennedy, as The Highlander String Band for a number of years.  The Highlander String Band resized to a trio still featuring Jim & Phyllis.  Jim has added guitar to his on stage instrument list and Gene has been playing fretless banjo on several classic old-time tunes.  All three members are also writing new old-time tunes – hopefully you can’t pick them out of the standard old-time repetoire.   Their various bands have performed throughout the southeast and appeared live on the radio at various stations in Virginia and North Carolina.   After several months, guitarist Brent Holl sought out the band and offered his services.  Since 2015 tThe Highlander String Band has consisted of Jim Gaskins on fiddle, Phyllis Gaskins on Appalachina mountain dulcimer and vocals, Brent Holl on guitar and vocals and Gene Bowlen on clawhammer banjo, octave mandolin and harmony vocals.  For more details about the band here. 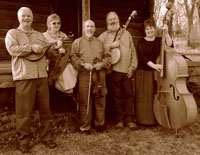 Soon after joining the Port Road String Band Gene began to handle the live sound duties for the band. He quickly assembled a highly respected sound rig known for catering to live acoustic music artists. Gene provided the sound system and engineering for the monthly Dayton Contra Dance for many years (He recently ‘retired’ from this role). The addition of the Mackie Onyx 1640 mixer with sound card allowed Gene to begin recording live shows and he quickly moved into studio work.

In the role of live sound engineer, Gene provided sound for the Blue Ridge Old-Time Music Week from 2008-2015, the Palestine (TX) Old-Time Music and Dulcimer Festival and the inaugural Highland County Fiddlers Convention from 2012-2016.

Gene at work in the studio

The studio specializes in acoustic music and Gene’s immersion in that world as a working musician and sound engineer provides the basis for the high quality of customer support that comes from accurately anticipating the needs and concerns of the performing artist.

It also provides the basis for critical feedback to the artist about the quality of their performance and valuable suggestions about how to accomplish the goal(s) of the recording project.