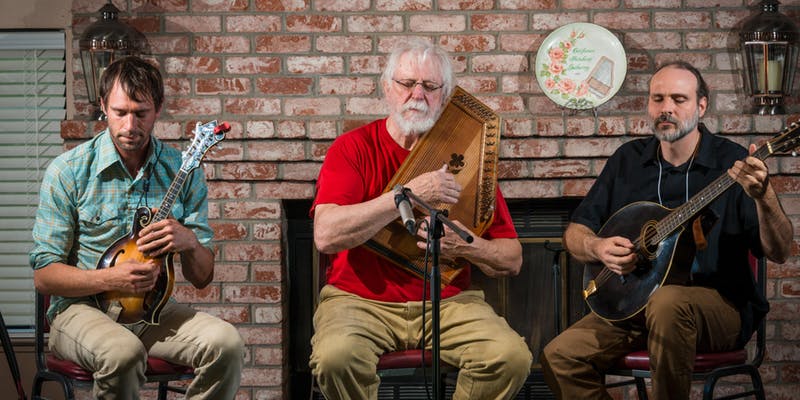 Come join us in a celebration of world-class acoustic music with the Bryan Bowers Band. Bryan Bowers, Danny Knicely and Geoff Goodhue will appear for a house concert at Cross Keys Studio on 07-OCT.  The fun begins at 7:00 PM and continues on for two sets of great music. The band is traveling in from a gig in Northern VA earlier in the day so the doors will not open until nearly 7:00 PM or as soon as sound check is complete. We’ll eat between sets and enjoy the show right away. Ticketing available as early bird discount, general admission and day of show tiers. Seating is limited and buying early is definitely recommended for this show!  Tickets are available here!

Standard house concert rules – bring some of your favorite food to share, byob and seriously consider buying cds and other merch from the performers – it keeps them alive and available!

For over five decades, Bryan Bowers has been to the autoharp what Earl Scruggs was to the five-string banjo. He presents instrumental virtuosity combined with warmth, eloquence, expression and professionalism. Bower’s creativity and talent have won him inductions into Frets Magazine’s First Gallery of the Greats, as well as being the first living member inducted into the Autoharp Hall of Fame after Maybelle Carter, Kilby Snow, and Sara Carter. Master of the Autoharp, singer/songwriter, and riveting storyteller, Bryan has teamed up with two über pickers, DannyKnicely (world class Virginian mandolinist, guitarist, and mandocellist) and Geoff Goodhue (New England based singer and multi-instrumentalist) to create American folk and mountain music at its finest. 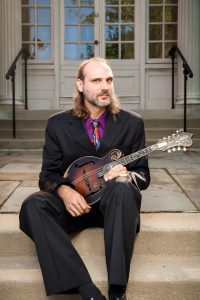 Danny Knicely is a multi-talented musician and music producer from the Shenandoah Valley of Virginia. He is constantly active, performing and recording his own music and working with other musicians and dancers. As a multi-instrumentalist, Danny has won many awards for his mandolin, guitar, and fiddle expertise, including first place in the mandolin contest at the prestigious Telluride Bluegrass Festival. Danny has the chameleon-like ability to blend into almost any musical situation
and has appeared with many top performers of Bluegrass, Old-time, Swing, Jazz, Blues, Rock, Folk, Latin, Country, Irish, Americana, and World Music.

Geoff Goodhue took up violin at age 5 and went on to graduate from Ohio University in 2004 with a B.F.A. in Percussion Performance. Now living in New Hampshire, Geoff sings and plays mandolin with Beg, Steal or Borrow who performed at the 2017 Grey Fox Festival. He also serves as drummer for the Vermont Vaudeville house band. Geoff’s family outfit, The Goodhues Band, was featured at the 2016 Mountain Laurel Autoharp Gathering. As a member of Athens Ohio’s Realbilly Jive, Geoff recorded drums on J.D. Hutchison’s You and the World Outside, released on Howdy Skies Records last September with Tim O’Brien. The band performed on Mountain Stage last January.

Remember – a house concert is designed to help the artist!!